WE NEED YOUR HELP
If you have any old photos, stories or memorabillia associated with the
Blacktown Show – we would love to hear from. Please contact us today. 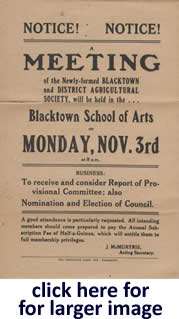 The Blacktown Show Society was formed in 1918 at the instigation of James Simpson who had been an active member of Grenfell Show.

An exhibition organised by the Blacktown Agricultural Bureau was held at the saleyards by the railway line on the 5th and 6th of April 1918.

The first show presented by the Blacktown & District Agricultural Society was held at the Blacktown School of Arts on Friday and Saturday, 22 and 23 April 1920. Poultry and pigeons were exhibited at the rear of the hall, with sideshows, wood chopping etc in an adjoining paddock. 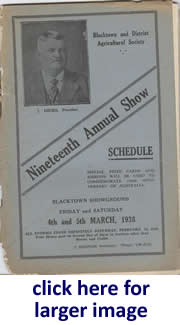 February 18 and 19, 1921 saw the second show held “in a paddock a convenient distance from the railway station”. The 1921 show was held in the Inglis saleyards adjoining the Richmond railway line at Blacktown. The site of the present showground was acquired in 1922 and a trotting track formed. Except for a brief period during World War 2 when the Army took over the Showground to use as a maintenance depot, the Show has been held on a regular basis.

The first president was J.H.S.Angus, who became deputy president of the RAS, with J.McMurtie as secretary. 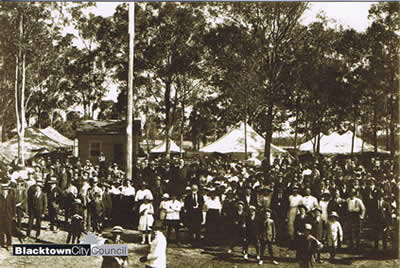 Lang was Labor premier during the desperate Depression year of 1932 when he was dismissed by the State Governor, Sir Philip Game.

HISTORY THROUGH THE NEWSPAPERS

click on each of the clippings to read each article 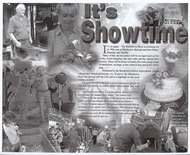 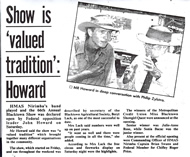 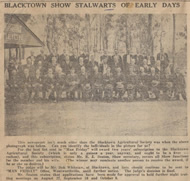 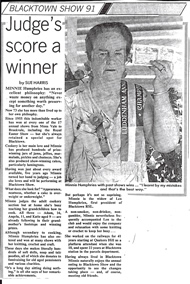 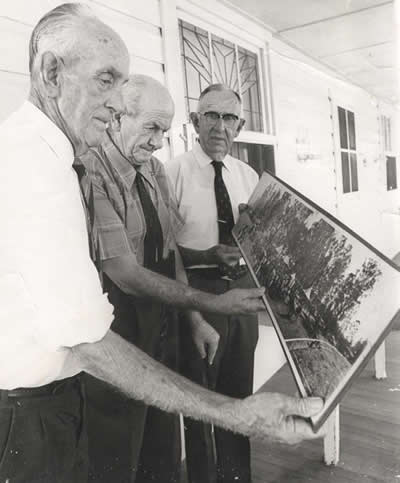 Ken Hicks took over as President of the Society in 1929. He succumbed his father, who had been President for 20 years. Ken remained President until his death in 1968. 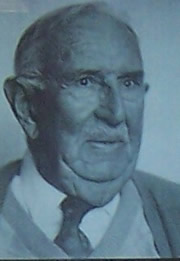 Jim Simpson (1904 – 2002) was an honoury life member of the Blacktown and District Agricultural, Horticultural and Industrial Society. His father, James Simpson Snr was one of the driving forces in the founding of the society and Jim joined and attended meetings from an early age.

He was a member of the Society for 84 years and held many positions within the group. He acted as Steward at many of the Shows and at various times was Treasurer, Senior Vice President and Secretary.

Officials of the Society 1986